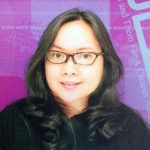 Elviyanti Martini is a Senior Consultant, Health, Nutrition, and Population at World Bank Group in Indonesia. The World Bank Group is one of the world’s largest sources of funding and knowledge for developing countries. As of 2021, the institution already has 189 member countries, staff from more than 170 countries, and offices in over 130 locations in the world. The World Bank Group carry out two missions, that is to end extreme poverty by reducing the share of the global population that lives in extreme poverty to 3 percent by 2030 and to promote shared prosperity by increasing the incomes of the poorest 40 percent of people in every country.

Before she become a Senior Consultant at World Bank, she completed her graduate degree in Community Nutrition at Faculty of Public Health, Universitas Indonesia on 1996. She then proceeded to receive her postgraduate degree from University of Pittsburgh through the Heinz Fellowship Program and graduated from the university on 2009. She has published a scientific article that is published by the European Journal of Clinical Nutrition, the title of the article is “The Potential of Various Foods to Serve as a Carrier for Micronutrient Fortification, Data from Remote Areas in Indonesia”.

As a woman of cleverness, she has a lot of experience on several Non-Governmental Organization including the Helen Keller International, the United Nations of World Food Programme, and the World Bank Group itself. She has served as a Health and Nutrition Program Director at Helen Keller International for 14 years before moving on to the United Nations of World Food Programme as a Head of Nutrition Unit for 2 years. Currently, she holds the position as a Senior Consultant, Health, Nutrition, and Population at World Bank Group for more than four years starting from August 2016.