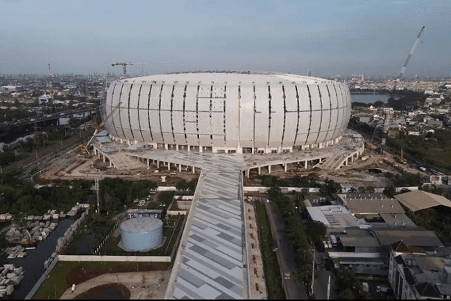 Jakarta International Stadium (JIS) is a football stadium located in Tanjung Priok, Jakarta, Indonesia. It is the home ground for Persija Jakarta after moving from their current stadium, Gelora Bung Karno Stadium, and the occasional home of the Indonesia national football team. The construction of the stadium started in late 2019 and it’s still running up until now. It is expected to be open to the public in March 2022.

During the construction process of the stadium in 2021, the stadium held an internship program for university students in Indonesia. There were three students from the Faculty of Public Health, Universitas Indonesia who had the opportunity to participate as interns for three months. For this internship program, students who participated are from Occupational Health and Safety Study Program. They learned a lot about the safety culture as well as various ISO implementations, including ISO 9001:2015, ISO 14001:2015, and ISO 45001:2018.