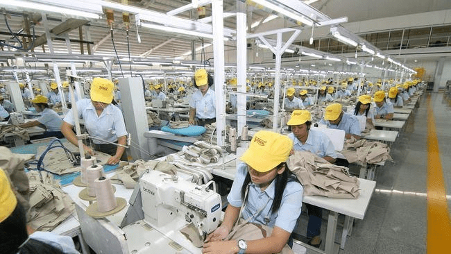 PT Sri Rejeki Isman (Sritex) is a company that focuses on spinning, weaving, dyeing, printing, fabric finishing, and cloth manufacturing based in Solo, Central Java. The company was established in 1966 but started its commercial operation in 1978. Since then, the company has collaborated with foreign parties such as NATO and German Soldiers to manufacture their military uniform. As Indonesia’s biggest textile company, Sritex owns a factory complex in Solo where the textile production process takes place.

In 2021, Sritex opens an internship opportunity for college students across Indonesia. The number of applicants for the internship opportunity was really high, but the company only accepted about 100 college students to participate. Among them, there was a student from the Faculty of Public Health, Universitas Indonesia majoring in Occupational Health and Safety who managed to participate in the internship program. During the internship period, the student learned about one of Sritex’s CSR programs specifically about environmental compliance. The student also learned about Sritex’s implementation of ISO standards and control measures to minimize their carbon emission.